There is also another link between disease and the art world: the idea of museums as sterile and antiseptic spaces and the very notion of the curator to ‘cure’ the diseases of a sick and maladjusted world.

The work too extends the idea of how the media sphere is increasingly thought of as part of our of bodies, mobile phones, the internet and social media as new outgrowths of our biology. Fleshify the World takes this to an extreme end: an iPad fused with human flesh, with a lens onto weird bodily growths, experimental human biology and bodily eruptions. 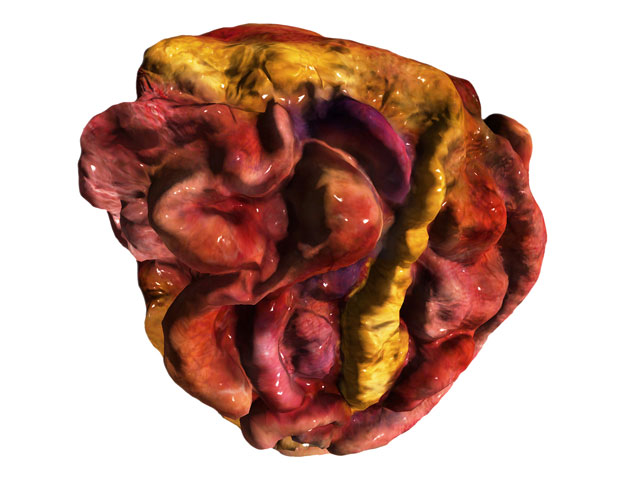