T-163 Nanomorph Prototype is a crude home made version of the T-1000 from The Terminator: Judgement Day (1991) The aesthetic of perfection of the mercury man (which at the time functioned as a promise to the wonder and possibilities of CGI) is conjoined with its opposite: material of the body, which is messy, uncontrolled and most of all visceral.

The work is really about the fusion of two aesthetics, which often remain separate: The sophisticated, the rational and shiny hyper surfaces of technology and mercury man with the inverse: the bodily and irrational and the breakdown of human flesh. 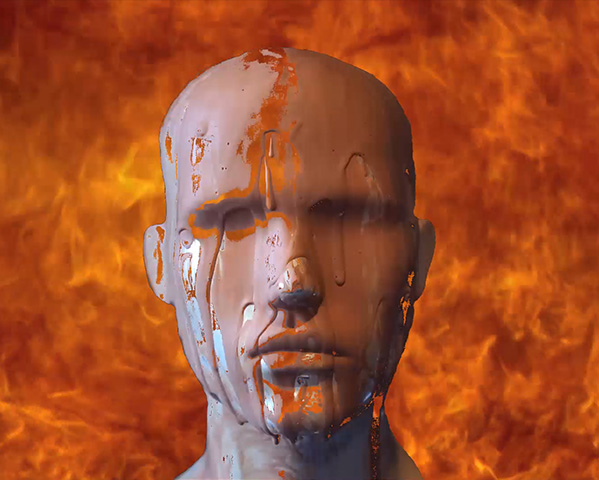