The Turing Test was a test to determine a machine's ability to exhibit intelligent behavior indistinguishable from, that of a human.

The viewer scans a QR code using a QR reader app to determine if the code represents a machine or human. In my test, the outcome is always the same; a link to a still of my video work ‘Meat friends on the internet’. The outcome between human and machine becomes a little fuzzy, as my QR code exhibits properties of human body fluids as it is rendered in what appears to be blood, and once scanned the image it depicts is of a blank profile icon from Facebook rendered in human viscera and meat.

My updated Turing Test explores the idea of the increasingly grey line between human and machines - there distinction no longer as mutually exclusive ones, but entirely integrated. 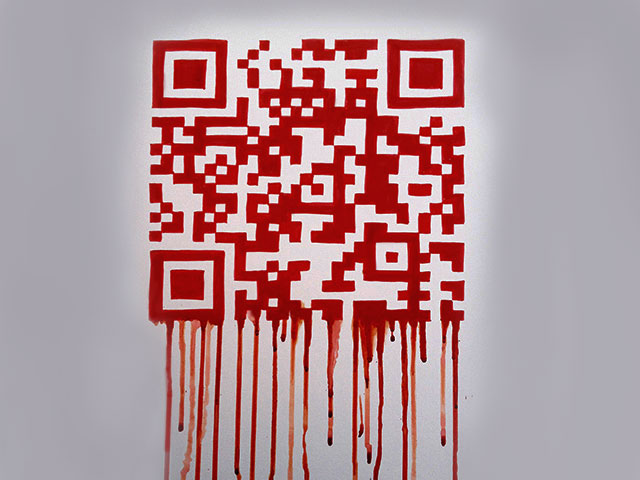