Taking its name from the purple Teletubbie and a body that has fused with the video screen and the media environment. In my version of Tinky Winky, the Teletubbie is replaced with a human body/skin, where the 'magical' screen functions as a portal into the unknown dimensions and interior of the human body.

Literally taking Marshall McLuhan’s notion of the body being extended and amputated by various media. Tinky Winky presents the torso of the human body with its head and appendages removed/amputated with a new biological outgrowth of the video screen in its stomach. 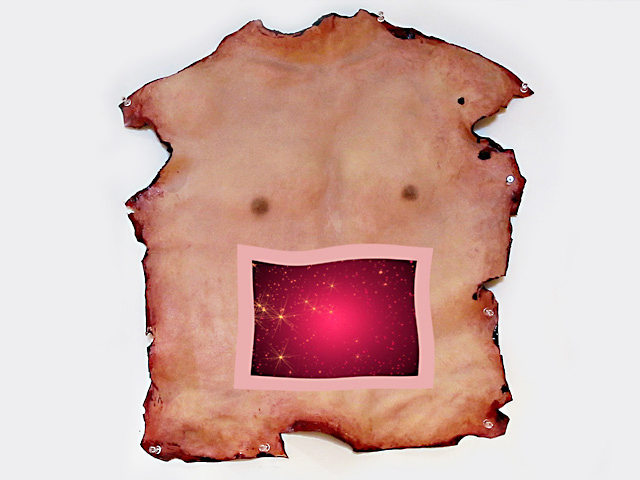