In the 1950s at the Sonya Shankman Orthogenic School in Chicago, Illinois, noted child psychologist Bruno Bettelheim treated an autistic child who came to be known as ‘Joey the mechanical boy’. Joey’s every human action was taken over by his imaginative fantasy that he was a machine. Bettelheim published his research into Joey’s condition in Scientific American in 1959.

The Joey machine is a complex and precise technological apparatus as dreamt up by the mind of a six-year-old autistic child. The complexity of the machine and its variety of functions were partly unknown, however the primary function of the machine seemed to be designed to isolate Joey from being human. For Joey, his bed machine, and the other machines he created and imagined in his drawings, were his reality and anything outside of it were less than reality. 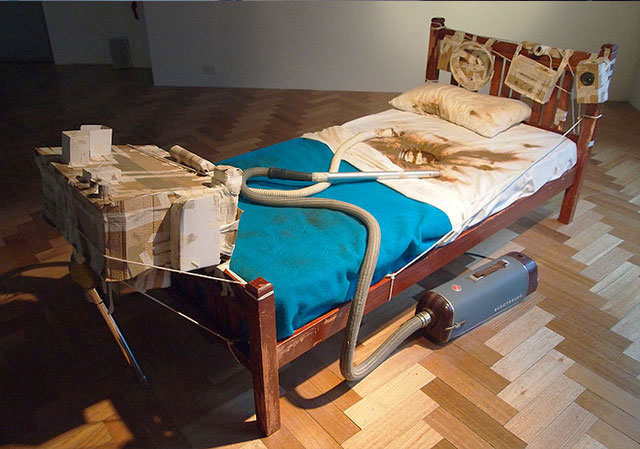