Flesh extender takes its name from seafood extender, a popular imitation mystery meat designed to extend the content of an Asian meal. Flesh extender presents a new kind of imitation mystery meat in the form of monstrously augmented virtual genitalia, our bodies extended into the non space of VR. Flesh extender presents a series of virtual genitalia for you to strap on. Sex as a zone of virtual otherness, a hyper sensory uncanny overload, of inside and outside bodies, of VR sex weirdness and interchangeable sex organs. From the mediated sexualities of Tinder, Grinder, and internet porn simulations. VR seems explicitly linked to sex and the idea of sex as a sensory space, a free floating zone of stimulation and simulation, our bodies extended and augmented through other bodies, objects and media.

The focus on much VR has been heighted vision, Oculus Rift implies VR as a new kind of ocular disruption. Flesh extender places the focus of VR away for the heady ocular region towards the lower and more base level zones of our genitalia. 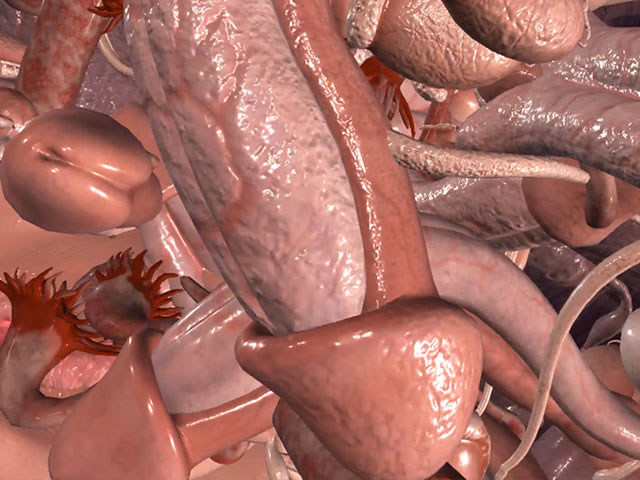